The permanent loss of plant diversity globally and locally is accepted as an indisputable fact and there is full agreement that urgent action is needed to prevent such a growing trend. In modern conservation practices in the world, it is considered that the most effective protection of species is achieved by protecting the habitats, is the territories in which these species live.

In case of plants, the designation of Important Plant Areas (IPA) is a mechanism accepted at European and world level that contributes to the protection of plants that are important because of their rarity and / or uniqueness, for their overuse or endangerment from other reasons at a global, regional and local level.

The designation of an IPA could be the first step towards declaring a protected area or introducing a different way of managing the area.

By definition, Important Plant Areas (IPA) are the most important sites in the world for wild plant diversity. At national level, IPAs are defined (designated) those areas in a country that are characterized by the presence of important plant species or important habitats, and thus, through national nature protection systems, provide conditions for their effective protection. The identification of such areas is done according to certain criteria (criteria based on global, regional or local significance of the affected plant species and / or habitats).

Implementing effective protection and conservation of wild plant populations through the identification and designation of Important Plant Area (IPA) began as an initiative of the British organization Plant life International. The initiative started first in the UK, then spread around the world.

The main goal of the important plant area program is to identify and protect priority plant areas across Europe, using appropriate criteria. The objectives of the program cover the five main tasks of the European Plant Protection Strategy:

During 2002 and 2003, for the first time, 42 smaller and larger areas of national and international importance for plants were identified in Macedonia. At the same time, an initial assessment of the threats that threaten the survival of plant species and habitats in those areas was made. One of these areas is IPA "Bogdanci". 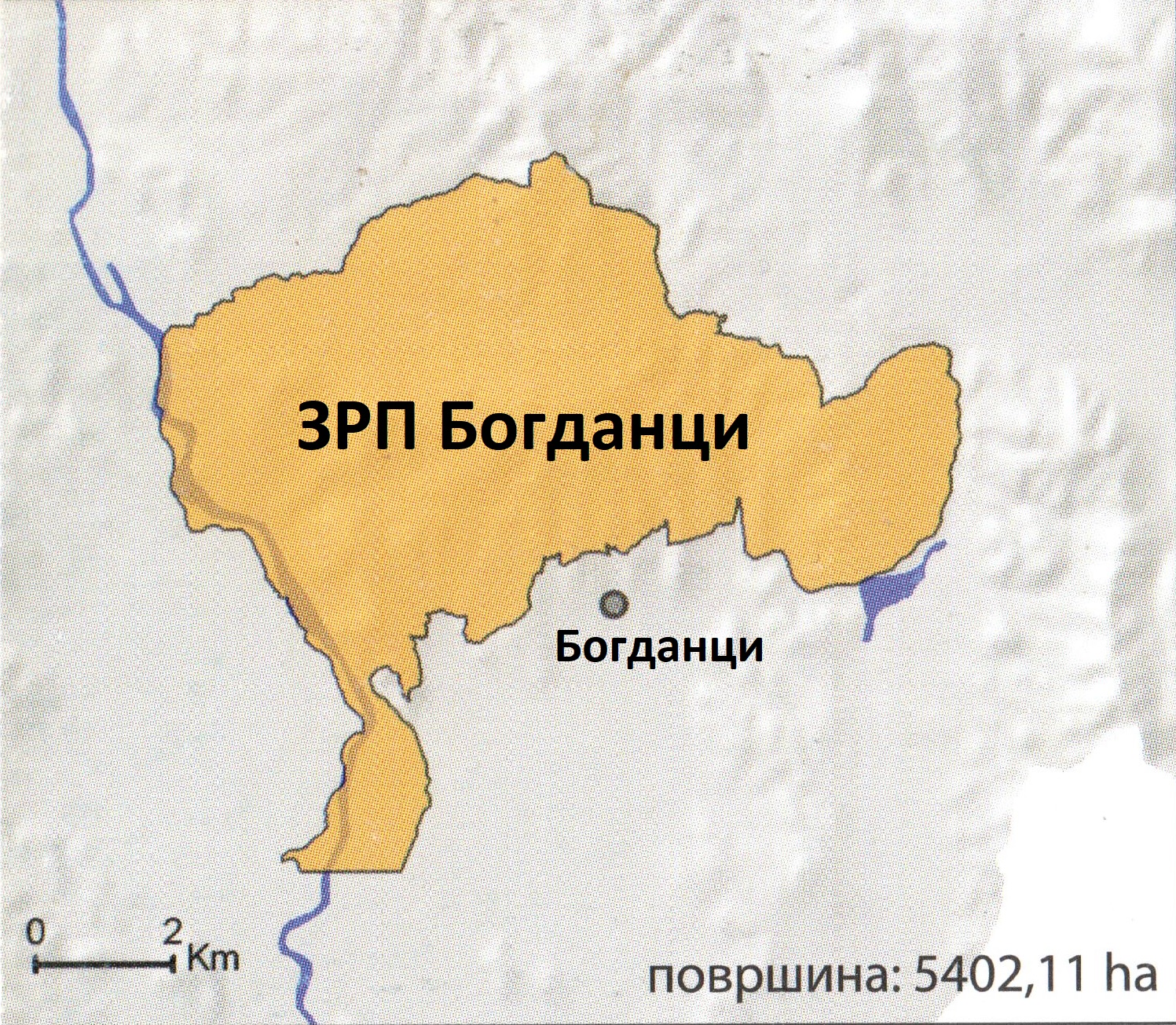 The area extends in the southeastern part of Macedonia and administratively belongs to the territory of the municipality of Bogdanci and the municipality of Dojran. It extends at an altitude of 100 to 507 m (mainly from 150-300 m). The area completely enters the Mediterranean region, and covers Quercus coccifera shrubs and to a lesser extent open grasslands with hilly pastures. IPA "Bogdanci" includes 8 types of criterion A, namely 1 from A (i), 1 from A (ii) and 6 from A (iv):

Astragalus physocalyx according to criterion A has the status of Ex / En (extinct / endangered) ie globally affected species. It is on the list of Strictly Protected Wild Species in Macedonia, on the Global Red List of the International Union for Conservation of Nature (IUCN Red list of Threatened Species), as well as on the first Red List of Endangered Species in Macedonia.

This plant is from the genus Astragalus which is very large and includes about 3000 species belonging to the large family of plants Fabacae, of which the most familliar representatives are beans, peas and lentils.

In Macedonia it grows only near Bogdanci, while globally it is found only in two other places in the world.

The distribution area of the Astragalus physocalyx is approximately 3 km² at an altitude of 250-350 m on the south, southeast and southwest side of the hill slopes in open areas surrounded by Quercus coccifera, slightly eroded.

Astragalus physocalyx is a perennial plant that multiplies with long underground roots or seeds. It is most often found in groups of several individuals and blooms in early spring in the period from April to June. The flowers of the Astragalus physocalyx are pale pink with a size of 1.5 - 2.5 cm. The calyx petals are inflated and joined in the shape of a ball and the pod and seeds later develop in them. Its pod, like that of all members of the Fabacae family, is a legume. 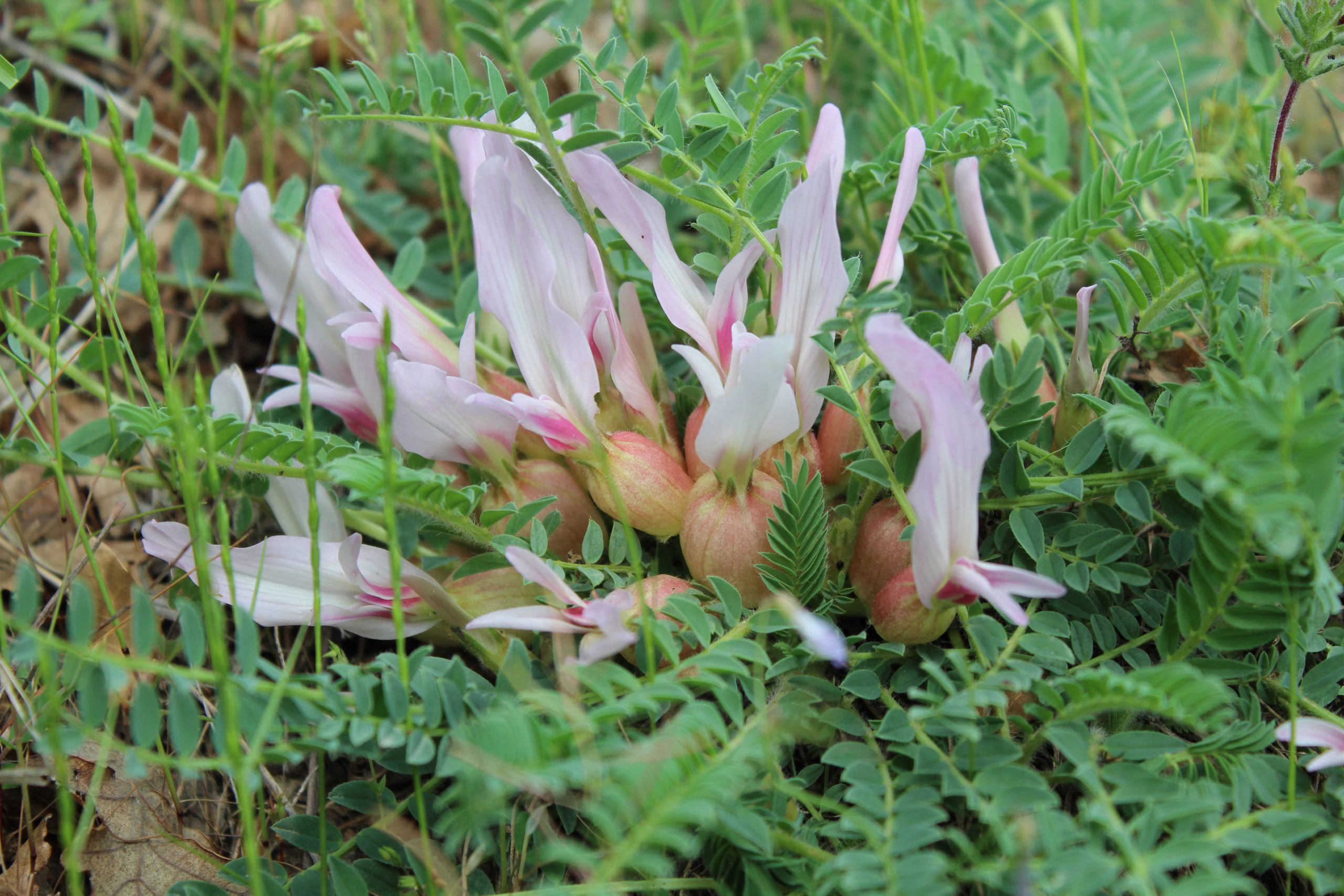 POLYMATH 13 starting from 2016 every spring in the months of April and May organizes visits to locations where the Astragalus physocalyx grows. Locations on more accessible terrain have been selected where in the next period within the project "Conservation of endemic plant species in Macedonia" which POLYMATH 13 implements as a local partner of the Macedonian Ecological Society, a trail will be marked to those locations.

So far, we have hosted civic associations, educational institutions and the local population.